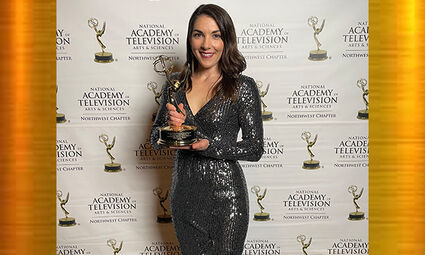 Holly Menino after receiving her Emmy for her work on the KOMO newscast "Spreading Like Wildfire".

"Television news is very much a team effort, so this is a team award," said Menino.

"During a time when there was so much inconsistency, whether it be the pandemic or racial unrest, KOMO Morning News stayed c...