Matbirds Season Comes to a Close 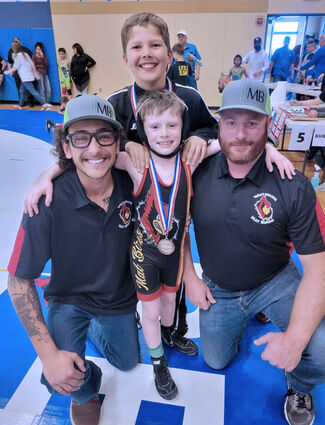 WAITSBURG-The Matbirds have been busy with a couple of recent tournaments. The Pomeroy Little Guy tournament was on Saturday, March 26 and Benton City hosted wrestlers on Saturday, April 2. It is the end of the season for most of the Matbirds as only five wrestlers will travel to Spokane on April 9 for the last tournament.