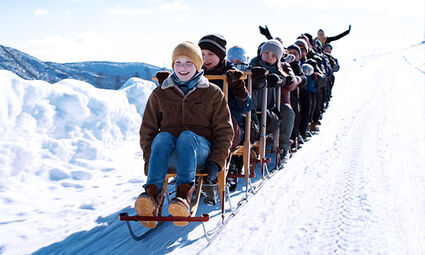 The Kicksled Choir is about a boy who wants to sing in the local choir but when his father gets into a fight with a refugee, his aspirations are in jeopardy.

The 2021 global Manhattan Short Film Festival is coming to the Liberty Theater on Sept 24-26 and the 28th. This is the 24th year of this international annual film festival.

The Liberty Theater in Dayton is one of 400 locations across the planet, showing this film festival for 11 days in late September. Dayton is the only location in eastern Washington to show this film festival more than one day (once in Spokane), and there are no showings in eastern Oregon. The selected ten finalist films vary from 9-19 minutes long and represent eight countries. Films cover a range of topics, including o...