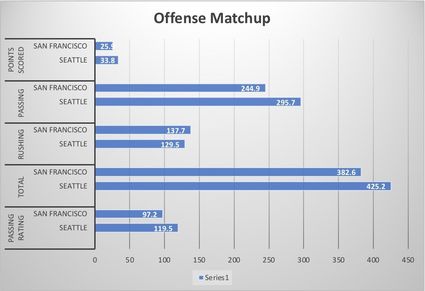 Seattle hosts the San Francisco 49ers this week. This is the first game against San Francisco this year, and they won’t play again until the last week in the regular season. If Seattle doesn’t want that to be a meaningful game, they need to win this one. Last week Seattle lost its first game of the year to Arizona in overtime. It was a game they let slip away.

This week they play a 49ers team that is 4-3 on the season and continues to have injuries pile up on their roster. Running back Jeff Wilson is out until week 12 after suffering a high ankle sprain last week against the Patriots. R...