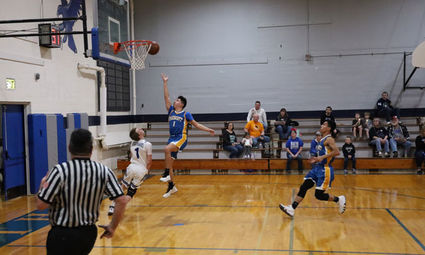 OAKESDALE-Prescott traveled to Oakesdale on Saturday February 15th to kick off the first game of the district 9 tournament. Oakesdale scored first, but #11 Antonio Hernandez answered for Prescott with a layup off a nice pass from #23 Miguel Ayala. Both teams played a very tight first quarter with good defense played by both teams. Prescott struggled to find open shots and ended the quarter behind 11-8. In addition, point guard Jonathan Cardenas found himself in foul trouble and as a result played limited minutes in the first half.