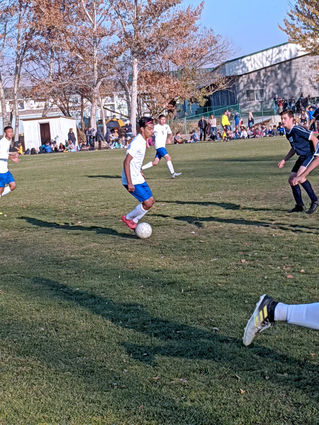 YAKIMA—Prescott boys soccer played Riverside Christian in a loser out second round playoff game. This was the third time these teams have played each other this season with Riverside Christian winning the first two matchups by scores of 4-0 on Sept. 14th and 2-1 on Oct. 12th. Prescott did not have their full roster in the first loss.The first twenty minutes of the first half was all Riverside Christian. Prescott had difficulty moving the ball past midfield for long stretches during this time. This resulted in a lot of pressure on the defense and plenty of scoring opportunities for Riversi...