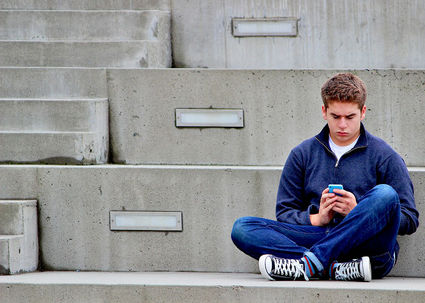 1. Use tech to manage tech. There is actually an app called SelfControl that is helpful for staying on task as it completely blocks any site teens want (i.e. Facebook) for an allotted time they set. This is quite helpful for reducing temptation.

3. Make themselves accountable. They may do this by telling a friend or a parent or posting on social media about a new goal for the week – then promise themselves they will report back how they fared that week in attaining the goal.

5. Decide not to get social media in the first place. Teens can make this decision themselves. They can just say “no” to Instagram or Snapchat, or totally avoid other “time sinks” like TikTok.

6. Remove their devices at night. Chances are high that they will sleep better without a phone nearby to distract them literally or mentally. Put the phone in the same place each night.

7. Put their own limits on their phones. Teens can setup apps like “ScreenTime” on their phone, which can limit their social media use for 1 or 2 hours a day —they may be happy to have that hard-set limit.

8. Remove games from their tablet or phone. This simple action reduces temptation.

9. Replace “online” with “in-life.” Teens may find that an afternoon of “in-life” activity, skateboarding or taking a walk with a friend, may be more relaxing and rejuvenating than hours spent playing Fortnite.

10. Purposely get grounded from their phone. A rare occurence, but it could happen, a teen may push the boundaries of their screen-time limits in order to remove the temptation.

A questions to ask teens about their use of technology:

When you realize that you have spent too much time on your screen, what gives you the power to stop?

Adults and teens can choose one of the ideas above to try. But first, try to measure how much time you spend on the screen now. Then, compare that to the amount you spend when you try one of the hacks.