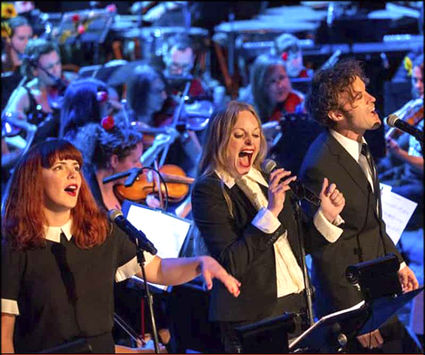 WALLA WALLA – The Seattle Rock Orchestra (SRO) returns to the Gesa Power Houes Theatre to play the music of Led Zeppelin on Sat., March 23 at 7 p.m.

In this concert, Seattle Rock Orchestra dives deep into Led Zeppelin’s discography, performing songs from the surprisingly folky Led Zeppelin III, as well songs from the mature heavy rock of Led Zeppelin IV. Featured songs include “Going to California,” “Immigrant Song,” and of course, the one and only: “Stairway to Heaven.

Beer and wine will be available for purchase and may be taken into the theater.