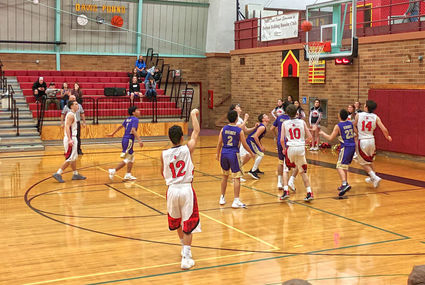 Chris Fulbright launches a three-pointer in the fourth quarter of the Mabton game in Dayton on Saturday,

Mason Finney (#10) starts the game off with a driving layup. Chris Andrews (#2) dropped a three- pointer with 1:40 left in the second quarter. Andrews also connected on a sweet fade-away jumper with time expiring in the half to tie the game. Tayven Seney (#32) opened the scoring in the second half with a set play layup. He also opened the fourth quarter with a free throw...