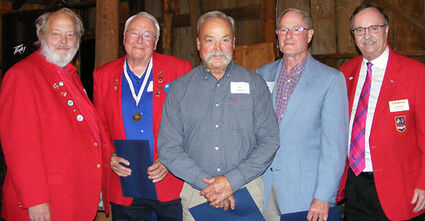 Honored but unable to attend was Jon McFarland (35 years). Nearly a hundred people attended the special night, which was held in the Barn at Blue Meadows, and was catered by Q Wood-Fired Grill.