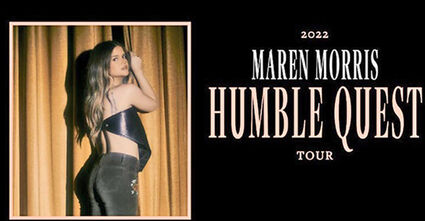 WALLA WALLLA-The Wine Country Amphitheater has brought familiar and new headliners, including Bonnie Raitt and Aaron Lewis, to the Walla Walla Valley. As part of her Humble Quest tour, Maren Morris will step on the outdoor stage on August 23.

Throughout her career, the 32-year-old...