Fun Flag facts for the Fourth

The 4th of July is a popular day to display the flag; here are some common myths debunked. 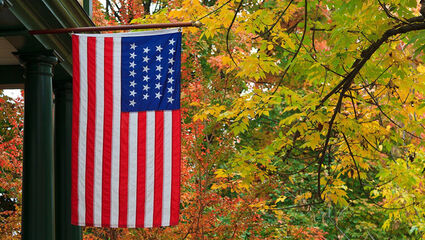 The American flag has evolved over time along with the nation. The first official red, white and blue flag bearing 13 stars and 13 stripes debuted in 1777.

Stars were added as states were admitted to the union. Today's familiar 50-star flag dates to 1960, the year after Alaska and Hawaii became states. Legends and misconceptions about the flag have also evolved over time. Here's a closer look at nine myths about the American flag and the truth behind each of them.

The familiar story of George Washington walking into a shop and asking Bets...