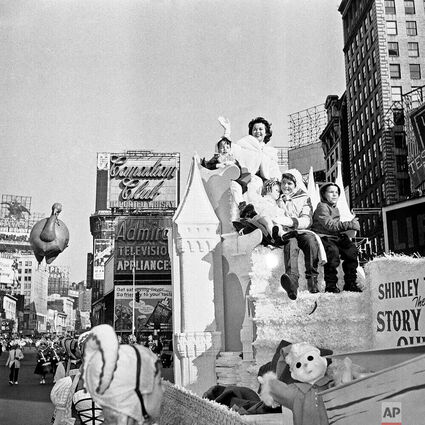 Shirley Temple was the Parade Marshall in the Macy's Day Parade the author's family braved crowds to see.

It was great fun to see the Celebration Days Parade this year. It brought back so many parade memories, from attending and marching in parades. I marched in New York with my 4-H troop. Later, as a High School band member in Tucson, I marched in a heavy wool uniform in 100-degree heat. In Flagstaff, where I went to college, I continued in the band and marched in ten below zero weather. In Los Angeles, I was just an avid spectator past my marching days. A Los Angeles parade would include out-of-work actors, Uber drivers, Door Dash cars, and a lot of scooters.

However, before marching in commu...