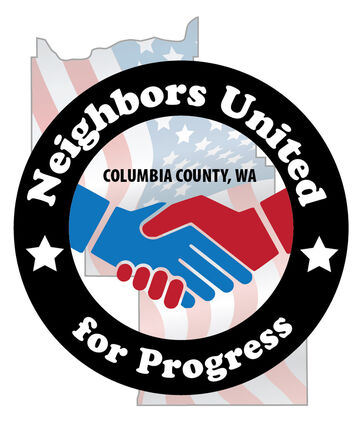 DAYTON— A group of citizens in Dayton has launched a Political Action Committee to raise money to support candidates in local elections, and to raise awareness of local issues. The PAC is called Neighbors United for Progress.

N.U.P. chair Elise Severe said that the PAC was registered with the Washington State Public Disclosure Commission in early May, with Teeny McMunn as treasurer. Other officers are Shellie McLeod, vice-chair; and Kari Dingman, secretary.

“We are a multi-partisan group, and our major focus will be on good governance,” Severe said of N.U.P. “One of the most important purposes of government is to support the maintenance of services and amenities to keep our community attractive to new businesses and residents. We will support candidates who pledge to do that.”

Severe pointed out that Columbia County’s birth rate is lower than its death rate. “We can’t sustain our population and economic base without new people moving to the area,” she said. “We need people to shop in our stores. We need businesses to supply jobs. And we need kids to enroll in our schools.”

N.U.P. has announced that it will support Republican Jack Miller in the race for Columbia County Commissioner, District 3, in this fall’s election.

More information on the Neighbor’s United for Progress PAC, including how to participate and how to contribute, can be found on their Facebook Page.