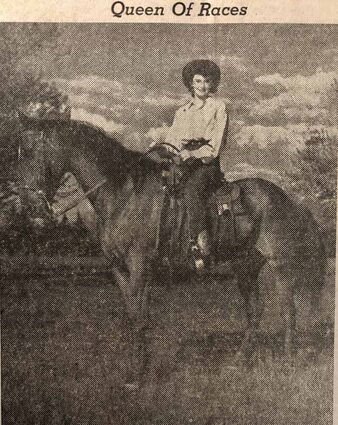 Seventeen-year-old Dakota Baker doesn't even remember the first time his grandpa took him to a course to golf because he was so young. And all of that time on the greens and hitting drives is paying off. Baker is the lone Waitsburg High School golfer competing in District 9 and he's hoping to make another trip to the state competition in a few weeks. "I love being outside in the fresh air," Baker said about his love for the sport. "And I like hanging out with my friends, too." Baker's grandpa, Paul Lommasson, was the one who bought Baker a disc golf set when he was about five and has been a large influence in Baker's golfing abilities, Baker's mother Brenda said.

Following months of debate – at times acrimonious – surrounding the disposition of the Waitsburg Marshal's Office, the Waitsburg City Council voted 3-2 to negotiate a contract with Walla Walla County Sheriff Bill Jackson for law enforcement services. The issue also prompted a rare second caucus, which nominated a slate of candidates for mayor and city council for the annual city elections. Councilmembers George Downing, Pam Hermanns, and Mark Lambert voted in favor of the move while councilwomen Bettie Chase and Karen Peters cast the dissenting votes. The vote followed a short question and answer period with Sheriff Jackson and Captain Mike Humphreys. County Commissioner Pam Ray was also in attendance.

"Look for Grandpa's watch in this part of the field," was an instruction that Roy Leid remembers from childhood. The request came from Roy's father, Gordon, who worked the land just south of town as had his father, Robert Leid. The watch, a Waltham pocket model, was lost over 50 years ago. Just this spring, Roy was working the piece of ground with a tractor when he saw something glint in the sunlight. He stopped immediately and picked up the watch – still intact after the many years of being lost. Only noticeable damage was a small dent in the case which may have been caused by any number of things over the period of years. The top ring, which attached the timepiece to a chain, was also missing – probably lost when the watch was lost.

[Photo Caption] Miss Roselle Collins, daughter of Mr. and Mrs. Bob Collins, has won the honor of being Queen of the Days of Real Sport at Waitsburg, May 23, 24, and 25. She is an attractive and popular member of this year's graduating class of Waitsburg High School.

Mrs. Mary Weller, a pioneer resident of this city, who has always taken a very active interest in all things pertaining to the educational advantages of this city, has purchased the Abbey property on Main Street at the corner of Fourth with the idea of turning it over to this community for library purposes.

L. Kessler appeared in Justice Court here Monday and paid a fine of $12 for fishing without a license on the South Coppei Sunday. He was arrested by Game Warden Van Ausdle.

Mrs. H. J. Abbey is having her Main Street residence painted. A. W. Strickland has secured the contract for the work.

Frank Sweazy brought a sample of Club wheat in from his farm north of this city last Thursday that measured 4 feet in height. Mr. Sweazy has 40 acres of wheat in this field, and it is all in fine condition.

The Methodist camp meeting at Shiloh will begin on June 15. There was some talk of putting a high fence around the entire campgrounds and of charging an admittance fee to all campers, but this will not be done this year at least.