Prescott, Starbuck Superintendents respond to quote that they are non-certified. 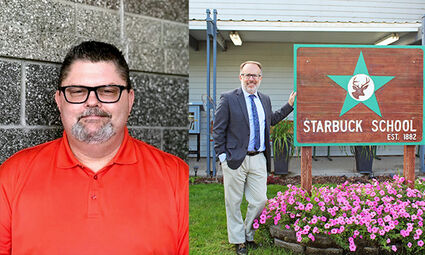 "That is incorrect on both accounts," Prescott School District (PSD) Superintendent Justin Bradford clarified. "I'm not sure where they got that information or quite what they meant."

Bradford was hired as superintendent for the PSD in 2020 and said he holds a BA in Political Science, an MA in Educational Leadership, a teaching credential in Special Education, and principal certification.

Bradford said that most superintendents of Washington Public Schools are certified teachers and administrators. They have gone to the necessary schools, completed an approved certification program, and hold at least a BA or BS degree, but most have an MA or MS degree, with some holding doctorate degrees. He noted that some have a Superintendent Certification, and while it isn't a state requirement, Washington public school districts can require it.

Both Bradford and Grubbs said that occasionally districts would hire professionals, including, engineers, lawyers, or accountants when a particular need arises. However, superintendents are generally educators.

Bradford said that hiring a superintendent without a background in education may save money, but navigating the challenges of a superintendent's position could be extremely difficult for someone with no experience.