At the Liberty:The Kings Daughter 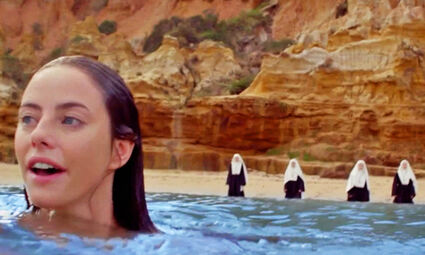 The King’s Daughter -King Louis XIV’s (Pierce Brosnan) quest for immortality leads him to commission a young sea captain to capture and steal a mermaid’s (Fan Bingbing) life force, a move that is further complicated by his illegitimate daughter’s (Kaya Scodelario) discovery of the creature.

Rotten Tomatoes critics did not care for this film and gave it only 19% favorable ratings, but the audience reviews were 80% favorable. The cast also includes William Hurt, Julie Andrews. Rachel Griffiths, Pablo Schreiber and Benjamin Walker. It is rated PG for some violence, suggestive materi...