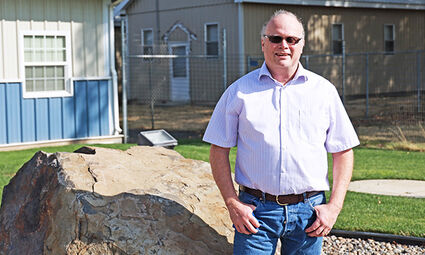 DAYTON-Public Works Engineer and Director Charles Eaton submitted his resignation during an executive session with the Columbia County Commissioners on December 20.

Returning from the session, the commissioners accepted Eaton's resignation, and all thanked him for his service to the county.

Eaton signed on with Columbia County in November 2018 and began working in December of that year after he and his wife, Nancy, relocated from the Portland area. Before his job in Dayton, Eaton was the Engineering Director for the City of Milwaukee, Ore.

In an interview with The Times, Eaton shared that his specialty was building roads and bridges. His experience has helped lead many road and bridge repair projects throughout the small county in his three years as Director.

Eaton also served as the Flood Control Zone District manager and helped make solid financial decisions with the City of Dayton and Columbia County during the repair and mitigation efforts from the February 2020 flooding.