By Todd Vandenbark
The Times 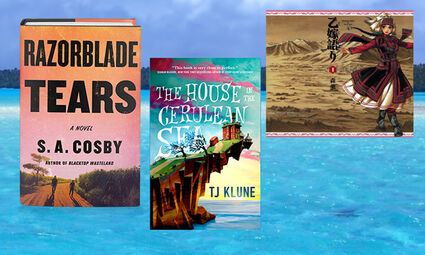 Perfect for fans of John Wick, Razorblade Tears is a fast-paced, can't-put-it-down tale of revenge. After their sons are gunned down in broad daylight, two ex-convicts must put aside their vast differences and work together to bring justice. This book reads like a big-budget action thriller, and if it doesn't become a movie, I for one will be very disappointed.

A manga, or Japanese comic, Bride's Story is a lushly beautiful tale set in 19th century central Asia near the Caspian Sea. The story follows a young bride as she settles...