My book pick for November 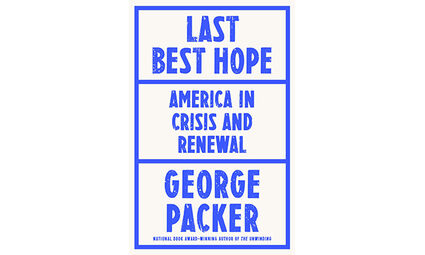 Parker states the Democratic Party is being driven by “Smart America” with its philosophy of economic meritocracy based on a deep cynicism due to the Iraq War debacle, the financial crash of 2008, lousy schools, overflowing prisons, dying neighborhoods, unending debt, and lack of opportunities, along with “Just America,” a narrative of the young and well educated, which misreads or ignores the Black and Latino working classes, He writes the Republican Party is being driven by “Free America” (libertarianism) and “Real America” (traditionalists).

Packer’s assertion is the hatred for the hypocritical and condescending elites of “Smart America” and “Just America” has caused “Free America” to rally behind former President Donald Trump for “sticking it” to them. In addition, trust in the system has become so eroded that populists refuse to believe experts simply because they are experts.

“Once politics becomes an identity class or tribal war, a death spiral can set in,” he writes.

He goes on to say the deepest divisions aren’t found between regions or even between states, but within states, with the most fundamental division at the county level. But much can be done to reverse this downward spiral.

Americans, he writes, have a passion for equality, as stated in the first founding document.

He writes it would be far better to self-govern by acquiring habits of the heart, suspending Twitter and Facebook accounts, and spending time in the presence of other Americans who don’t look or talk or think like them.

Packer outlines some useful measures; breaking up the big corporate monopolies, creating an activism of cohesion, providing for well-funded schools that teach both Shakespeare and August Wilson to all students, and promoting the kind of journalism which rewards reporters who “refrain from scratching their Twitter accounts” and work to truly discover their fellow Americans.

I appreciated Parker’s research into past U.S. History to show how activist editor and publisher Horace Greeley, Francis Perkins, the first woman U.S. Secretary of Labor and architect of the New Deal, and Bayard Rustin, a strategist of the Civil Rights era, worked to reconcile the ideological camps of their day and the way he tied history into lessons for our time.