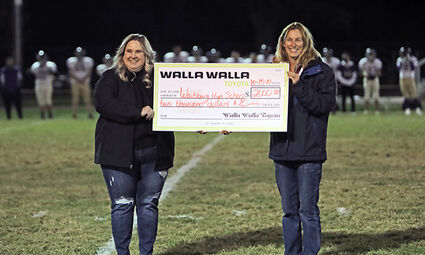 WAITSBURG/DAYTON-Dayton-Waitsburg Wolfpack lost the Homecoming football game against Mabton on Friday, October 15, with a final score of 48-6. The loss didn't stop the crowd from cheering, both at the field and at home while watching live streams provided by various fans and parents.

Coach Troy Larsen reported that the team was already down two lineman, and lost a third one due to an ejection from the game. As a result, Larsen said, the team really struggled with tackling and blocking.

"I felt our team has been prepared every game for what offensive and defensive formations and plays tha...