Candidates for Port of Columbia commissioners 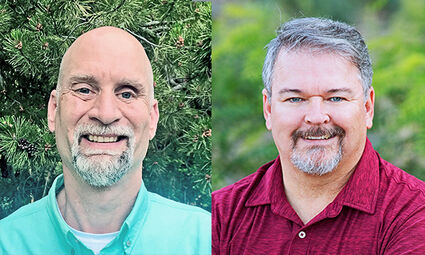 DAYTON-This election year, there are some hotly contested races for Port commission offices.

In District 1, Seth Bryan is running for a four-year term against the incumbent Shawn Brown.

Bryan said his top priority if elected, will be improving the local economy by working to provide a solid foundation on which to grow.

He said the most pressing concern for the Port is recovery from damage caused by the COVID-19 situation including overreaching regulations imposed by the government.

"Up to this point, it seems the Port's response has been to throw money at the problem, which has done little to prevent business closures or promote new start-ups... Business begets business and the more viable businesses we have in our core, the more business will be drawn to our community," he said.

The Port, he said, should remain mission-focused, improve infrastructure, and build facilities for industrial, warehouse, and manufacturing rather than focusing on niche retail business like those at the Blue Mountain Station. The Blue Mountain Station should be used for production and product manufacturing rather than for long term retail, he said.

Bryan is opposed to the proposed Touchet Valley Trail between Dayton and Waitsburg, mainly because of the way it has been presented to the community.

"I do not feel the Port has been forthcoming about the cost vs. benefit, and I have yet to see the economic advantage a trail between Dayton and Waitsburg will provide," he said.

A better use of the infrastructure dollars, Bryan said, would be to repair and improve the existing rail line to accommodate increasing cargo traffic. One idea is to increase tourism by providing a dinner and entertainment venue via rail car on the Columbia Walla Walla railroad.

The Port is currently working to bring high speed Broadband Internet service to Dayton and to the surrounding community, which Bryan is in favor of, but doesn't feel it is a wise investment for the community at this time.

Bryan said recent monetary awards for the Broadband Internet Service project from the City of Dayton, and various other organizations should go to more immediate needs.

Bryan is a retired project superintendent with over twenty years' experience in heavy construction. He and his wife Melissa have lived in Columbia County since 2015.

The incumbent Shawn Brown, says he is already up to speed on the current Port holdings including the Touchet Valley Trail, the Broadband Internet Service project, and improvements at the Lyons Ferry Marina.

"I tend to look at the County as a whole," he said. "With three commissioners, issues do not usually divide into districts. I think our biggest challenges to growing our local economy today are (the lack of) available housing and childcare. The number one priority is wise expansion and economic growth for Columbia County."

Brown believes keeping the Columbia/Walla Walla railroad viable makes it an asset to future business development and he supports the Touchet River Trail.

"I believe the trail is a good thing for our community. It provides an attraction for visitors, builds a link between Dayton and Waitsburg, and additional safety for riders and walkers," he said.

"I also appreciate projects that can be completed without adding local tax dollars," he said.

"It has been my honor to serve the residents of Columbia County over the last year, and I look forward to the opportunity to continue in that capacity," Brown said.

Brown and his wife Kristina, who is the Dayton Middle School and High School principal, have lived in Dayton for three years and he works as a mortgage loan officer.

Jack Miller is facing off against Johnny Watts for a six-year term as Port Commissioner in District 3.

Miller says he is the only candidate with business experience and a track record of successfully operating his own and others' businesses for over 30 years.

Concerned after seeing his property taxes triple over the last 30 years, he believes the only way to curb government spending is to require governments to operate in a more business-like manner. He wants to see the Port District become self-supporting.

"The Port's greatest challenge at this time is the proposed bike trail from Waitsburg to Dayton. There is a great deal of emotion being exhibited. I have reviewed the recent mailer in support of the trail. I note that there are 22 supporters, nine of which are not taxpayers. I have seen a petition with over 600 signatures against the trail. I assume all 600 are taxpayers. I find it extremely annoying that this flyer went to great lengths to explain no additional local taxes would be used, and moneys spent to date are not "local" taxes. They need to be made aware that taxes are taxes. These funds come from one source: the taxpayer."

Miller also said he has listened to the current rail operator of the CWW railroad say that only one hundred train car loads have moved on the line in the last twelve months and the rails are in such bad shape that an extremely low speed limit must be observed.

"He went on to say that proper repairs would cost approximately one million dollars per mile," Miller said. "With the Dayton cannery now closed, and a barge loading facility at Lyons Ferry, there is no reason to have the railroad. One has to assume the existing line has salvage value. Perhaps this value could be used to build a bike trail on the existing road bed, placating a large number of taxpayers."

With regard to bringing broadband services to the community, Miller said, "My primary concern would be not to harm any existing Columbia County business. I would need to be convinced that this expenditure of tax dollars would generate some return to the taxpayers of this county."

Miller was employed for 31 years as the Farm Manager of the CDA Tribal Farm in Tensed, Idaho, and has worked for 20 years as the owner of BarJak Farms, Inc. in Columbia County. He has been on the board of directors for the Walla Walla Gun Club, the Spokane Gun Club, and the Washington State Trap Shooters Association. He has a degree in Agricultural Economics from W.S.U. He and his wife Barbara have lived in their present home in Columbia County since 1990.

Johnny Watts says he is the best candidate for the position because of his belief in institutional transparency and community engagement.

His understanding is that the CWW railroad rails are in need of significant maintenance capital to ensure safe and effective operation.

"Although I do not have enough information associated with the current viability of this historically important infrastructure, it will be a priority of mine to gather the facts and take it to the people of Columbia County for discussion before the future of the line is decided," Watts said.

He said the Port is irresponsible in asking the City and the County for additional dollars to fund the Broadband Internet Service project, especially nin light of possible financial impacts.

Watts is not convinced the Touchet Valley Trail will provide an economic "bang for the buck." Further audits of the feasibility study, social and environmental impacts, and return on investments should be made.

More research and community discussion needs to take place to ensure accuracy regarding "needs versus wants" for Port projects.

Watts is currently attending Columbia Southern University in pursuit of a degree in Occupational Safety and Health. He has worked as a Regional Safety Manager for the State of Washington; Assistant Director of Facilities-Walla Walla Community College and Custodial Manager, Correction Officer-Washington State Penitentiary.

He is a Certified Fire Fighter and has served as a volunteer firefighter for the Walla Walla/Columbia District 2, for ten years, promoted to the rank of Captain.