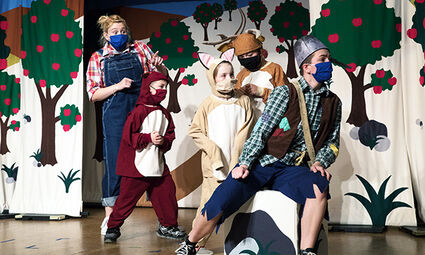 DAYTON-Dayton's Liberty Theater was one of just a few Washington State stops on the 2021 Missoula Children's Theatre tour. Over the weekend, local actors and actresses told the timeless tale of Johnny Appleseed.

Johnny and his good pals, the Apple Seeds, travelled across the land on foot, leaving a trail of young apple trees behind. They managed to make friends with all kinds of people and animals throughout their travels, sleeping under the stars at night and enjoying the untamed outdoors during the day. Missoula Children's Theatre's production of Johnny Appleseed is a good reminder that k...