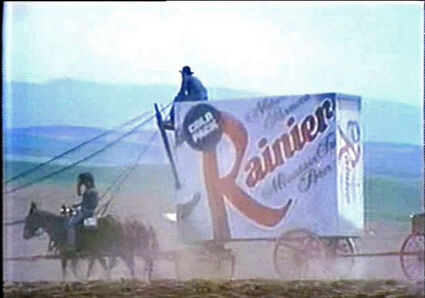 WAITSBURG—In 2019, the Waitsburg Historical Society honored the Don Thomas Family as 2019 Pioneers of the Year. Thomas’ sons, Gary and Jay, sat down with The Times’ editor Dena Martin to share a bit of family history and recount favorite memories.

The men recalled that harvest meals were eaten in the basement kitchen, with the crew seated around a large table. Jay recalls being the first at the table for a harvest lunch, with no one else in the room, when he heard a loud crash. Wilma was removing a cherry pie from the oven when she lost her grip, and it flipped upside down on the oven door.

“She looked up at me with a smile and said, ‘It’s a cobbler!’ It was instantaneous,” Jay said.

But the real fun began when the family started raising mules, which led to multiple adventures.

Jay recalls dinner table talk of Don wanting a combine mule hitch back in the 1970s. One day Don and Wilma left for California to pick out a couple of “fancy show steers” for Jay’s senior year in high school, leaving Jay to tend the farm.

“I heard the truck pull up and ran out on the porch, and I could see eight ears sticking up. There were these eight-month-old mules,” said Jay, who later discovered his steers behind a panel in the truck.

“We unloaded them, and the rest is history. I fell in love with the mules and became a full-blown slave,” Jay said, laughing.

Waitsburg lost Jay E. Thomas this past week. Condolences to his family and many friends.