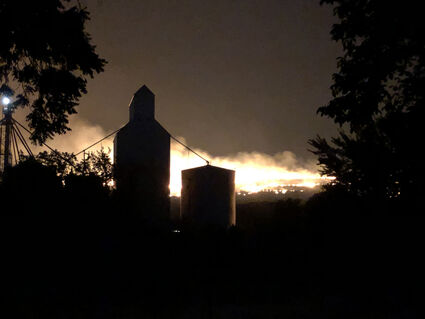 WAITSBURG-A small standing wheat fire was started in the early hours of the morning on July 31.

According to the Walla Walla County Sheriff's Office, Lonnie R. Marick was riding his four-wheeler in a wheat field to "blow off steam" after being upset. The four-wheeler caught on fire, and Marick was unable to put it out. Marick ran from the scene and jumped into the river after being chased by unknown subjects.