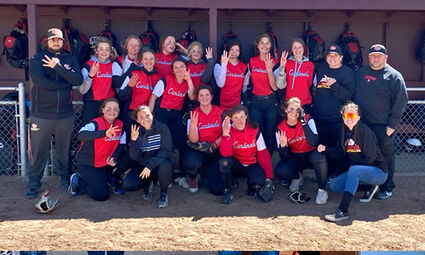 The DW Wolfpack Softball celebrated a well-earned fourth place victory for the Eastern Washington Athletics Conference league playoff on May 8. The Wolfpack

The DW Wolfpack softball team ended the season in 4th place, a great victory for the young team during the short season.

The team played the 1st place team, the Granger Spartans, on Thursday, May 6. The Wolfpack lost the playoff game 9-4.The Wolfpack then traveled to Kittitas to play for 3rd and 4th on Saturday, May 8. Kittitas, ranked #2 in the league, had previously lost to #3 Mabton. The Wolfpack ladies beat Kittitas 17-7 for 3rd place in league.