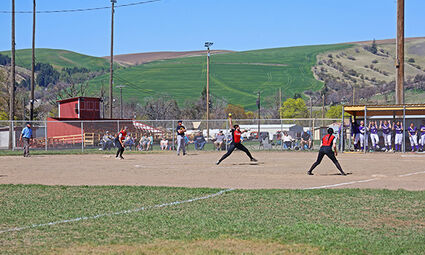 Senior Sadie Seney fires a pitch for a Columbia Burbank player on April 17, while the CB players watch.

The DW softball team won both games of a double-header against Columbia Burbank on Saturday, April 17 in Dayton. The Wolfpack won the first game 5-3 in seven innings and won 13-3 in the second game in 5 innings.