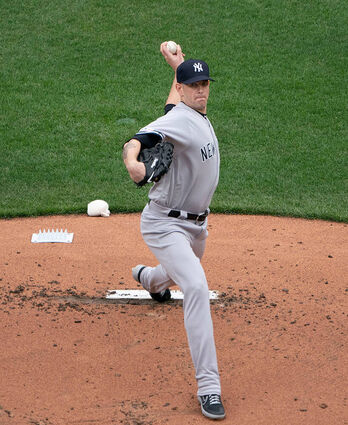 James Paxton pitching for the New York Yankees during a game against the Baltimore Orioles on April 4, 2019

The Mariners have signed free agent pitcher James Paxton to a one-year $8.5 million contract with bonuses that could push that up to a total of $10 million. The incentives are based on the number of starts that James Paxton makes in the upcoming season. He could receive up to an additional $750,000 should he start in a total of ten games and add up to another $750,000 should he start twenty-two games.

Paxton slots into the top spot in the rotation and gives the Mariners something they haven't had since he left, an ace. That is if he can stay healthy for the entire season. Paxton's fastball...