Russell Wilson's sack problem is his own 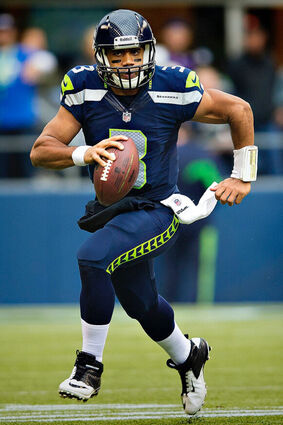 Russell Wilson made news this week for comments he made on The Dan Patrick Show. He suggested he was getting sacked too often and implying the problem is with his offensive line.

Wilson said, "I think that sometimes you hold onto it a little bit just because you're looking for that play and you find it, but also so many of those times it turns into touchdowns too. But you never want to be sacked that many times. Four hundred times basically is way too many - four hundred too many. So, I think that's a big thing that we've got to fix. That's got to be fixed and has to be at the end of the d...