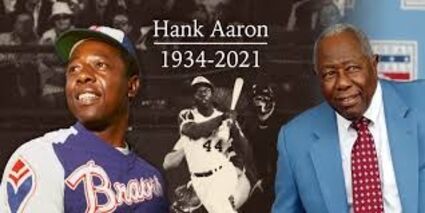 Hank Aaron passed away on January 22nd at the age of eighty-six. He was named to the All-Star team all but two of his playing seasons, the first, which he won the rookie of the year award, and his last. He holds the major league records for runs batted (2,297) and total bases (6,856).

Aaron’s WAR total is a staggering 143.1 placing him fifth on the career leaders list. Aaron’s career WAR total is greater than the WAR totals of Hall of Famers Ken Griffey Jr. and Willie Stargell combined to put it in perspective. Aaron was awarded the President’s Citizens Medal by Bill Clinton and the...