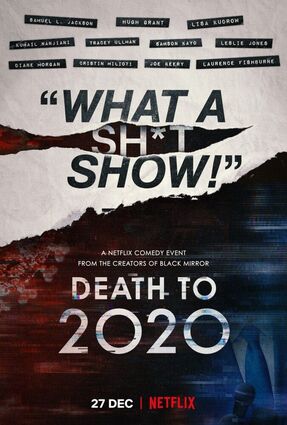 Ouch, Netflix opted to start 2021 a little harshly by removing The Office, all nine seasons of which have gone on to stream exclusively via Peacock, NBC’s new streaming platform. In its stead, Netflix has added new episodes of original series such as Disenchantment and pick-ups like Magicians.

History of Swear Words (2021) is a solid comedic docuseries starring Nicolas Cage. The show delves deeply into the etymology of all the dirtiest expletives and digs into what makes them so satisfying to say and such an indelible part of our culture.

Another noteworthy Netflix endeavor is Death to 2...