Inside the matchup Seahawks vs. Washington 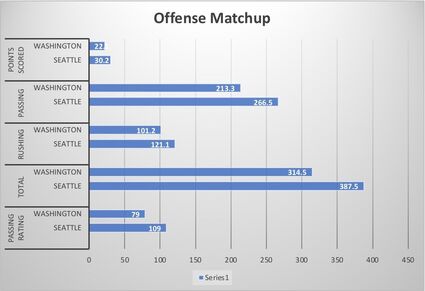 This week Seattle travels to Landover, Maryland, to play the Washington Football team. Washington is 6-7 for the year and is now in first place for the NFC East after winning their last four games. Seattle can clinch a playoff spot with one more victory during the regular season. While Seattle’s three remaining games are important for playoff seeding, this is a game the Seahawks could lose and still win their division by finishing off the season with wins against the Rams and 49ers.

Starting quarterback for Washington Alex Smith was pulled from last week’s game against the 49ers. He is...