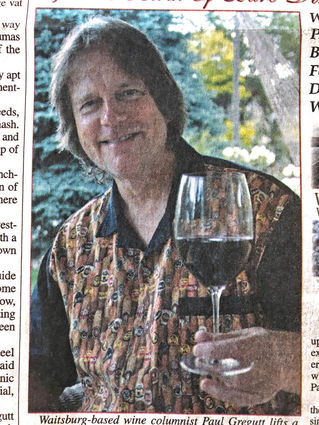 Waitsburg-based wine columnist Paul Gregutt lifts a glass to the release of his completely updated guide to Washington wines.

Former resident Jason J. Lujan, 30, will return to his home in the 100 block of Murphy Street, Waitsburg, after being released from police custody on Nov. 14. Lujan is a registered, level III sex offender currently under Department of Corrections supervision.

To better serve its readers and advertisers in Columbia County, The Times has opened an office half a block from Main Street behind Manila Bay Cafe next to the courthouse in Dayton.

The Waitsburg Historical Society has received a grant for $2,000 from the Blue Mountain Communit...