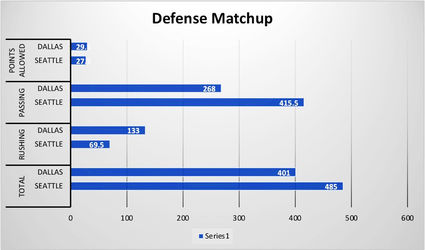 In week three, the Seahawks host the Dallas Cowboys at CenturyLink Field in Seattle. The game is on Sunday at 1:25 PM on FOX. Seattle has managed to win its first two games of the season due to great offensive performances by Russell Wilson. The defense has struggled to stop the passing game this year and lost two defense players last week to season-ending ACL surgery. Those players are Marquise Blair and Bruce Irvin.

For Dallas, Dak Prescott has completed fifty-nine of eighty-six passes for seven hundred and sixteen yards. He has two passing and three rushing touchdowns for the year. Seatt...