A glimpse at a new normal

A recent trip to Lewiston, Idaho offered a glimpse as to what the new normal may be 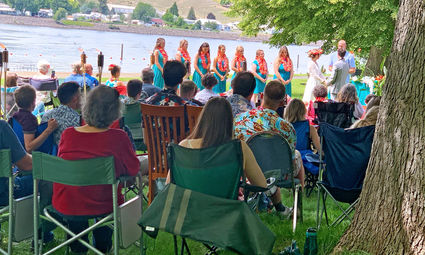 LEWISTON, Ida.-In our family, saying 'Idaho is a world of its own' is a long-running joke. My sister moved to Lewiston almost four years ago and last weekend she got married at Hell's Gate State Park. We never knew how much of its own world Idaho was in until we visited the state during a pandemic.

Washington has been in a four-phase reopening plan since the end of May with many counties still heavily restricted, Walla Walla County included. Idaho implemented a four-stage reopening plan, called Idaho Rebounds, however, they are about a month ahead of Washington, starting in early May.