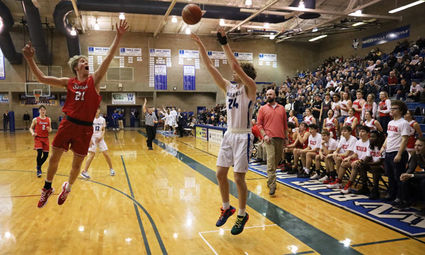 WALLA WALLA-The Blue Devils came up just short of moving on in the postseason as Wa-Hi's Diego Jaques off-balanced three-point shot clanged off the front of the iron as the Ferris Saxons left the building with a heart-breaking win 65-62.

"It is a shame we wound up on the short side, and we don't get to play any more basketball," Head Coach Adam Berg said. "We have worked hard enough to deserve to be playing more."

"It's playoff basketball," Berg said. "You've got two good teams. We had run...