The city will lose one of its key retail establishments with the closing of the Macy's store at Main and Colville this spring.

On January 8 the retailer announced it was closing 28 stores, with most locations on the east coast and a few in the Northwest, including the Walla Walla store.

Headquartered in Cincinnati, OH, Macy's representatives said that they would begin clearing out merchandise as early as this month, estimating that the clearance sale would take eight to 12 weeks. 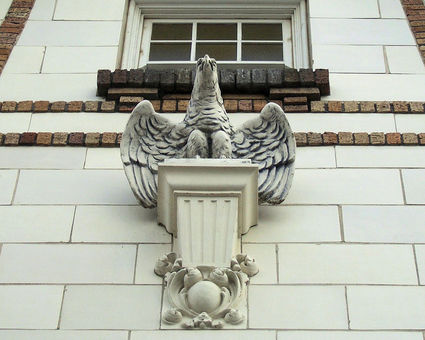 The approximately 50 employees who work at the Walla Walla store were told of the closing last week. Emily Workman, Macy's media relations director for the Northwest and Southwest regions said regular, nonseasonal employees will be eligible for severance, including outplacement resources.

Downtown Walla Walla Foundation Executive Director Bonnie Bowton commented, "We are very sad to see them leave. Macy's for the past 76 years has been an anchor business in our downtown retail corridor. We're very confident the downtown area will continue to thrive.

The Walla Walla Macy's location is partially housed in the historic Liberty Theater building which opened for business as the American theater on Aug. 25, 1917. The theater was purchased and remodeled by the Bon Marché to enlarge their retail space in 1990. According to information posted at the theatre, the sloped floor and seats were retained under a false floor.