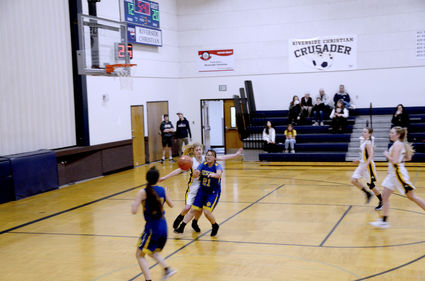 YAKIMA-The Prescott girls basketball team traveled to Riverside Christian on December 14th to play in their second game of the season. They won their first game in overtime at Dayton, against the D-W JV girls team. This game got off to a similar start. The first quarter belonged to Prescott and #32 Jean Rowlette, who poured in 10 points on shots in the lane. #12 Jamileth Saldana added an outside shot of her own to give the first quarter to Prescott 12-8.

The second quarter had a lot of missed shots and very little offense. Fortunately, the Tigers defense only allowed two points in the quart...