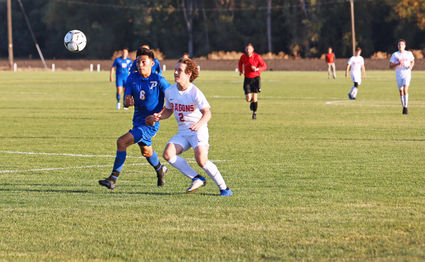 PRESCOTT-Friday October 11th Prescott played the St. George Dragons. The momentum was all Prescott in the 1st half until there was about 17 minutes left in the half. No goals were scored during at that time but Prescott had several great chances that were either saved by St. George's goalie or just missed the net either high or wide. Shortly after that St. George would take the momentum and score on a goal by Finn Kelly. St. George kept the pressure up in the 1st half and had two excellent scoring changes stopped by Prescott's goalkeeper to end the first half 1-0 St. George.