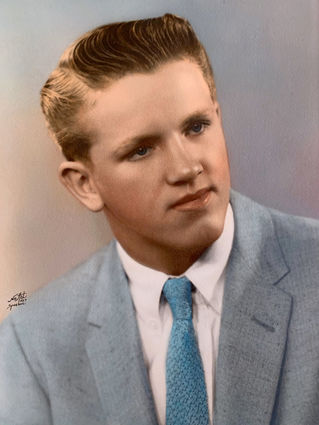 Edward Roy Larsen (79), an extraordinary gentleman, husband, father, grandfather, mentor, friend, community leader, and educator, born in Spokane, WA on September 6, 1939 to Roy Harold Larsen and Ardis Thiel Larsen (Bernson), passed away peacefully at his home in Waitsburg, WA on March 27, 2019 after a long battle with Corticobasal Syndrome.  He took his final breath embraced by his three boys, his first-born granddaughter, and his loving wife with whom he was blessed to have had a storybook marriage of 55 years.

Ed married his childhood sweetheart and best friend, Lynna Lou Parsons, on September 1, 1963 at Westminister Congregational Church in Spokane and they moved to Waitsburg, WA in 1965 so Ed could accept a position as a teacher with the Waitsburg School District.  Ed and Lynna found Waitsburg to be an idyllic home to raise their soon-to-be family of five and Ed spent his entire professional career working for the good people and community of Waitsburg as a teacher, counselor, coach, principal, and superintendent for which he was forever grateful and humbled for the opportunity granted to him by his friends, neighbors, and peers in Waitsburg.

Ed was a passionate and tireless ambassador for rural education and helped found the Blue Mountain Small School Consortium to further build powerful and long-lasting Academic, Social, and Athletic programs for both the students and community of Waitsburg, but also for the betterment of other rural school districts, both geographically near Waitsburg, and across the United States.

Ed was a nationally sought out speaker and author on rural education and presented his research, thoughts, and findings to state and federal legislators, and fellow educators at congressional hearings and conferences. In addition, he participated in multiple philanthropic organizations throughout his life, including being a former board member for the Columbia County Health District.

For all of his passion for educating young minds and mentoring the next generation of educators, Ed was most passionate about his bride and his three boys.  He served in every known parent volunteer position that existed.  He rarely, if ever, missed an event his boys participated in, whether it be 4-H, FFA, Cub Scouts, church, or sports.  He was the consummate supportive father to his three boys and an ever-present father figure to countless other kids.  In his retirement years, he expanded his role to be the most incredible grandfather imaginable, bestowing upon his nine grandchildren the same level of support and unconditional love his boys have always enjoyed.  For all of Ed's devotions, he was, is, and shall forever be most devoted to his wife, an eternal spiritual bond that will never be broken. 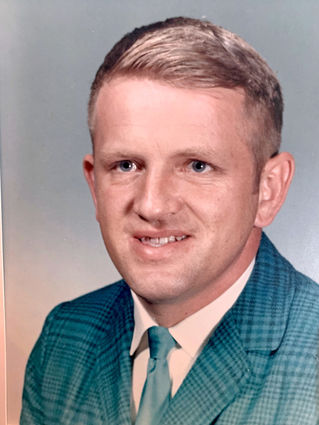 For those of us that knew him, our lives were blessed and enriched by his philanthropic spirit, kind heart, quick wit, and understated sarcasm.  Edward Roy Larsen will be sorely missed in this world, but his legacy will live on with the blueprints he provided us to live our lives as well as he lived his.