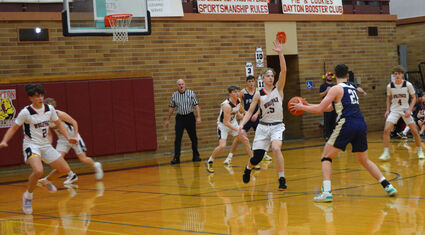 Wolfpack on defense against TCP

In EWAC games on Friday and Saturday in Dayton, the Wolfpack dropped both games; 72-58 against Columbia-B...