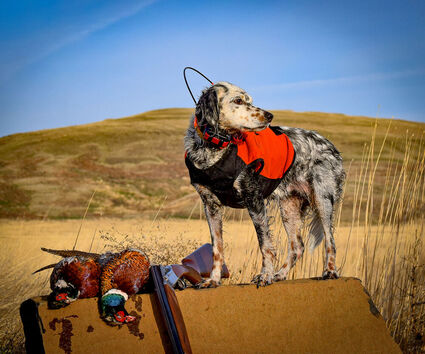 Yuba with her Veteran's Day bounty.

As the December snow fell softly on the homestead, I peered out the kitchen window at the quail, songbirds, and pheasant that sought the bird feeders around the house. My double guns were locked in the safe. Four Llewellin setters snoozed on their beds by the heat vents. My desire to chase birds teetered on a tight wire between maniacal and non-existent as the thermometer plummeted, eventually bottoming out at six below zero.

There is nothing quite like a snow day hunt, and there were plenty of birds to be had right out the back door. While the devil on my left shoulder began twisting my ar...