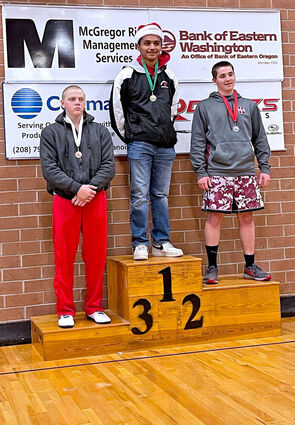 DW COMBINE–The Wolfpack wrestlers competed at a EWAC league meet on December 15 at Finley. Kason Fortune won one out of two matches. Koyen Fortune was 0-1, and Garrett Palmer was 0-2. All three wrestle at the 170 pounds level.

On December 17, the Wolfpack competed in the Pomeroy Christmas Tournament, where Kason Fortune won a third-place medal in a six-man round-robin bracket. Koyen Fortune placed fourth in the very tough bracket stated by Coach Norris.  Palmer lost two matches and was out of the bracket.

The Wolfpack's next match will be at Royal City on December 29.