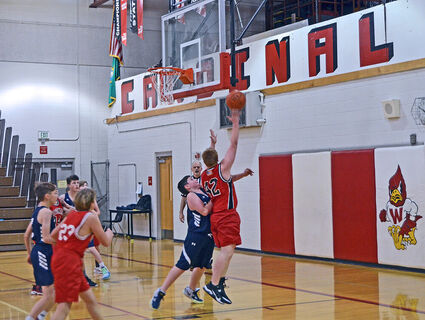 Tegan Largent shoots for two points for the B-squad

The B-squad tipped off the opening game and played tough to the end, losing 26-28.  Landon Henry scored 12 points for DW, and Tegan Largent and Akayden Mikesell contributed four points each.