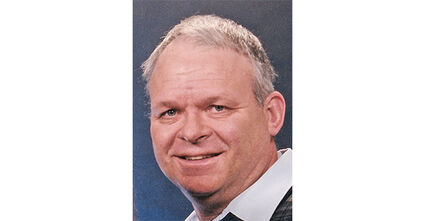 Bill passed away on October 31, 2022, in his sleep at Eagle Springs in College Place. He was born September 10, 1940, in Ontario, OR to Chester B. and Loretta Donovan Stonecipher. He was 82. He was a member of the long-time families of early pioneers William Harvey Stonecipher and Cornelius Donovan.

He attended schools in Waitsburg and Walla Walla, graduating in 1958 from St. Patrick's High School. He graduated from Seattle University with a degree in Commercial Science in 1962. In early 1963 he married Linda Harris of Waitsburg. Together, they attended the American Institute of Foreign Trade at the Thunderbird campus in Glendale, AZ. After that, he worked for Dumas Seed in Moscow, ID as a field man and in the marketing of dry peas and lentils. After several years, they returned to the Walla Walla valley to farm with his parents. He also wrote contracts for peas and helped to establish the commodity in the area during that time.

In 1975 he was Chairman of the Board of the Dry Pea and Lentil Council, serving several states. He was named to USDA government committees and was able to travel to many Asian countries promoting peas and lentils.

Bill was a lifelong member of St. Mark's Catholic Church in Waitsburg. He was a man of great faith and believed that God and prayer are in charge of our lives.

Bill was a member of Northwest Grain Growers and the Walla Walla County Cattlemen's Association, holding several offices in addition to many other community organizations. At one time, he was a licensed auctioneer with Bert & Bill's Auction Services in Waitsburg. As an Ag salesman for R & B Ag Equipment, he enjoyed demonstrating and selling hay and farm equipment. His favorite was showing how the Gleaner combine could cut so well on steep hillsides!

The Columbia County REA was an important part of his life. Bill served on the Board of Directors for 17 years and was dedicated to seeing its growth in this area.

He worked as a crop adjustor for a major insurance company for several years and enjoyed traveling to several states and working with farm families.

A high point of Bill's life was developing hay fields and irrigation for the Colville Tribes from the areas around Nespelem and Omak, WA. He made many friends and enjoyed every day of his work there.

4-H and FFA were an important part of his young life. As a parent, he helped his two daughters raise, sell, and show purebred Milking Shorthorn cattle and hogs in 4-H and FFA, as well as selling steers and pigs at the S. E. Washington Fair youth auction.

As a wheat farmer and cattleman for about 55 years, he was a mentor to many teenage and young adults, teaching them about farming, hay and wheat harvest, and, most of all, a solid work ethic. He kept in touch with many of them throughout the years.

Bill had many hobbies and collections, including hundreds of six-packs of craft beers! Most of all, he was an avid member of the Marcus Whitman Gem & Mineral Club for 32 years, held numerous offices, and supported and helped the club in a variety of ways. He and Linda enjoyed many rock shows, hunts, field trips in several states with friends, and acquiring tons of rocks, minerals, and fossils.

Bill and Linda were very interested in local and U.S. history and traveled to many sites, civil war battlefields, and cities in the U.S.

As a young man, he skied at Spout Springs and many other places with friends and later as a family activity at Bluewood and other winter vacation spots. Bill is survived by his brother, Wayne (Jan), Yamhill, OR; his wife and partner of 59 years, Linda Harris Stonecipher, Walla Walla; daughters, Suzanne Sollars (Joe), Waitsburg and Carrie Trimble (Mark), Snohomish, WA; grandsons, Sean Sollars, Waitsburg, Ryan Trimble (Jessica), Kirkland, and Alex Trimble, Snohomish; brother-in-law, Kevin Blair (Cindy), Waitsburg; and many Stonecipher and Donovan cousins. He was preceded in death by his parents, Chet and Loretta Stonecipher; in-laws Donald G. and Evelyn Loundagin Harris; and sister-in-law, Carole Harris Blair.

Recitation of the Holy Rosary at the Chapel of the Herring Funeral Home on Friday, December 9, 2022, at 6:00 p.m. Memorial Funeral Mass will be celebrated on December 10, 2022, at 10:00 at Assumption Catholic Church, Father Matthew Nicks, celebrant (no need to be Catholic to attend) followed by a time to share memories and celebrate Bills life in the Church Social Hall. Private family inurnment will be at a later date.

In lieu of flowers, if desired, donations in Bill's memory may be made to the Northwest Parkinson's Foundation at nwpf.org (support NWPF), Walla Walla Catholic Schools Annual Fund at wallawallacatholicschools.com/annual fund, or a charity of choice through the Herring Groseclose Funeral Home, 315 W. Alder St., Walla Walla, WA 99362. In addition, friends and family are invited to sign the online guestbook at http://www.herringgroseclose.com.