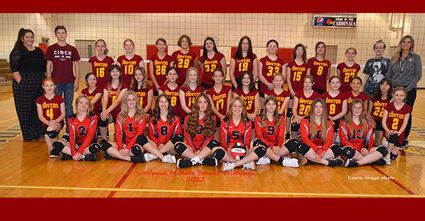 DW COMBINE-The middle school volleyball team played their last match of the season in Waitsburg on Wednesday, October 26. This season, the girls were split into two teams, the Wolf and the Pack. Each team consisted of two squads

At their last game, the Wolf and the Pack played in front of a huge crowd Wednesday night. Twelve eighth graders ended their middle school season looking forward to playing in high school.

Overall, the middle school volleyball program had a strong season.