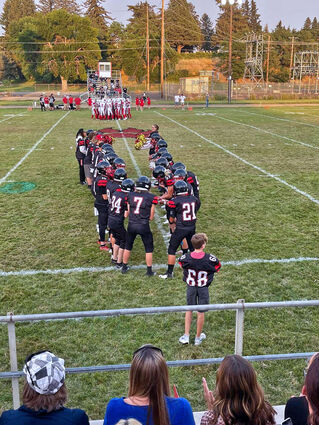 DW COMBINE-The D-W football team won their first game of the season on Friday, September 2, in Waitsburg. D-W did not let Granger get into the endzone and celebrated with a 34-0 win. Quarterback Monte Pettichord ran the offense, which saw the Wolfpack scoring each quarter. Senior Hudson Reser's three TDs and sophomore Lucas VanHoose's two interceptions and a fumble recovery were highlights of the evening.

Head Coach Troy Larsen stated that the Wolfpack played well in the first game. They showed good effort and energy, and the typical mistakes can be fixed. The team's next game will be Friday, September 9, in Waitsburg against Cle Elum/Roslyn; 7 pm start time.