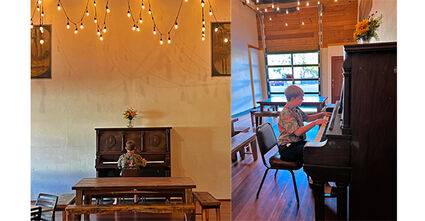 Diners were given a mini concert by the talented 13 year old from Walla Walla. The young muscian commanded attention with his first song, Bohemian Rhasody by Queen.

He said he started playing five years ago and takes piano lessons from Ilene Tyler. His teacher has encouraged his journey, allowing him to investigate his taste in music.

Asked how he chose the music he plays, he credited a youtube channel; Sheet Music Boss.