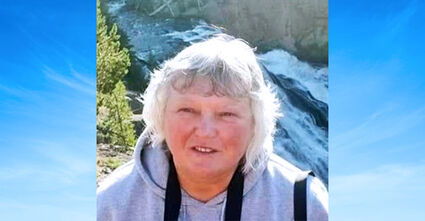 We are heartbroken to announce the sudden and unexpected death on August 7, 2022, of Glenda Kaye Barron, 65, of Dayton, WA. Glenda was born December 29, 1956, to Norman and Marilyn (Williams) Roff in Dayton, where she lived her entire life. She graduated from Dayton High School in 1975 and married Charles (Bob) Barron later that year. They had two children, Angela and Charlie. Bob and Glenda were married until his passing in 2006. Glenda retired in 2020 after 30 years as a Correctional Officer from the Washington State Penitentiary.

Glenda loved to sew, read, and tend to the animals on her small farm, but her greatest joy was spending time with her grandchildren. She enjoyed going along with her children and their families to concerts, fair/rodeo events, camping trips, sporting events, going to the mountains, and also loved baking and decorating Birthday cakes for family and enjoyed leather work, sharing and passing on that love to her grandchildren. She had a huge heart and was always eager to help anyone in need. She was outspoken and always stood up for what she believed was right. She will be greatly missed by many.

Arrangements have been entrusted to the Herring Groseclose Funeral Home. Guests may sign the guest book at http://www.herringgroseclose.com.