Jim Su'euga is new to the Dayton City Council 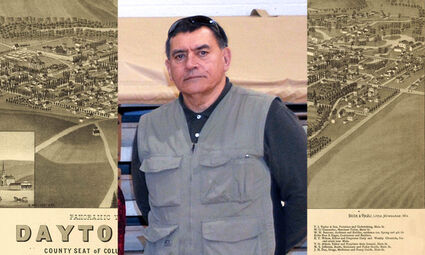 DAYTON--Jim Su'euga was appointed to Position 2 on the Dayton City Council at last week's regular meeting.

He applied for the city council position to serve the community. Su'euga said he would be a good steward of community resources and act with integrity.

Su'euga told the council that his method of handling conflict and controversy is to "talk it out" without being confrontational, polarizing, or divisive.

His top priorities for the community are moving forward with the wastewater treatment plant project, providing adequate childcare resources in the community, building a swimming pool, and supporting Dayton schools.

"I've been in rural communities most of my working life, so I am really familiar with the dynamics," he said. "I think I can help this council."

Su'euga has retired from the rural electric utility industry after serving five different electric cooperatives and having traveled extensively throughout the U.S. for work and with family. His most recent employment was with Columbia REA, where he was a senior management team member.

He has been a Young Life supporter and church youth leader for more than 45 years and a Dayton School District Middle School Girls Basketball coach since 2016.

He is also a 2ndSaturday volunteer and an advocate for senior citizens and others who need hands-on help like home repair.

The vote to approve Su'ega for the council position was five to one, with Laura Aukerman dissenting.